From Wikimedia Commons, the free media repository
Jump to navigation Jump to search

Non-controversial categorization, interlinks, standard template-ing (such as mass licensing template changes or application of the artwork template) and corrections for large Wikimedia Commons projects (envisaged to be mostly related to Wikimedia UK initiatives, though these are often with international involvement) with supporting Commons project pages. For example:
GLAM related batch uploads and well specified and non-controversial mass corrections, categorization, licensing, interlinks or standard template improvements. For example:
Where there is any doubt as to whether a large systematic change would be controversial, these would be put up for a community consensus, in the first instance on the most relevant project page for interested community members to comment on and suggest improvements.
Extensions to original scope:

For the nature of activities, the bot will remain supervised, though it may be left for longer runs (500+ images) and only on non-controversial changes after a significant monitored stable run.

Around 6 edits per minute.

A live report of uploads can be found using this catscan2 report. Some reference tables of ongoing uploads per month are available at User:Faebot/reports/catscan.

Update to my original upload of 20,000 photographs from the museum in 2013. Based on a request from PKM, a user well known for her GLAM work.

Experimenting with the Python "flickrapi" module made it possible to upload an additional 3,083 photographs from Flickr that were All Rights Reserved, but these images are covered by a specific email release. Though this is running as a direct upload, similar code may be useful on other projects to generate a dataset for use with the GWToolset. 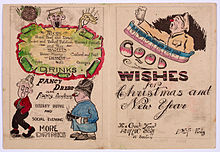 A few hundred photographs had previously been loaded from this Flickrstream of high quality early photographs from Ireland. This was an update to add the latest 220 archive images, now the NLI appears to have completed this Flickr Commons project.

The release of 20,000 high quality map images by the New York Public Library was of interest by volunteers on email lists and the Village Pump, along with requests for a bot to help with consistent uploads. This is more complex than it first appears, as direct links to the high resolution tiffs cannot be automatically "scraped" from the public website. I signed up for access to the NYPL API, and use this to deduce the url to download from. This is limited to 10,000 transactions. See Commons:Batch uploading/NYPL Maps. Many of the images are greater than 100MB, these are currently being skipped. Solutions of either creating a Python chunk uploader module (so up to 1GB might be uploaded) or generating an XML dump to use the GLAMwiki toolset to perform the upload are being considered (the latter would be much faster). Note, the average file size is large at ~50MB, due to bandwidth constraints and the fact that skipped files still result in 100MB being downloaded (as the API does not provide file sizes), the upload rate is of the order of just 5 per hour. The uploads have been popular, with Commons volunteers helping to crop and rotate the images.
The GWToolset is now being used to complete this upload (up to 50 times faster), including the files previously skipped due to being over 100MB in file size. A category for images over 50,000,000 pixel resolution in this upload has been created as Commons does not create thumbnails for images over this extremely large resolution. There are likely to be a few hundred at this pixel size from the 20,000.
This upload was paused when a few hundred images over 50 megapixels started to degrade WMF server performance in rendering tiff thumbnails. Operations are looking at ways of managing the operational load that thumbnail creation causes. The upload was cautiously restarted using a minimal number of processing threads.

After a request on Commons:Bots/Work_requests I have created a "live" SVG format checker to mark vector files with embedded raster graphics with {{BadSVG}}. This identifies around 10 to 40 files per day by sampling the Commons upload log every hour, checking the source code of all SVG files over 5KB in size. As this seems non-controversial, it is running on the WMUK supported kit, though at some future point it may be re-written and migrate to WMFlabs (note an SVGbot used to run but lapsed back in 2010). The templated files are not marked as Wikimedia UK supported, doing so might be seen as controversial as Wikimedia UK kit did not upload the files. Note, this is currently running inconsistently due to an unsolved memory leak problem.

In January 2014 the WMUK charity supplied a macmini to act as a server for selected Faebot projects this includes: